How fast does the earth spin? 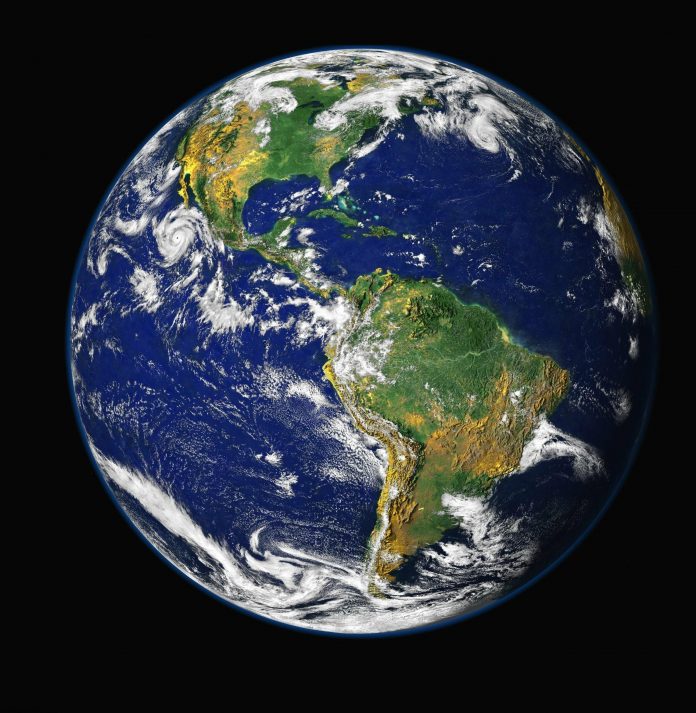 From the point of view of a terrestrial, the Earth seems flat and immobile, while we well know that it is a blue marble that moves in all directions. In this article, we read about How fast does the earth spin?

But what is the rotation speed of the Earth?

The Earth revolves around itself constantly at around 1,670 km / h at the equator. How do we come to calculate this speed? Easy, take the circumference, which is about 40,000km, and divide it by 24, which is one day’s length.

Speed ​​varies greatly with latitude. For example, if we move to the 45th parallel, the rate will be 1,180 km / h, or cosine of 45 degrees multiplied by the speed at the equator. In general, the more you move towards the poles, the more the rate decreases.

Have you ever wondered why NASA launches rockets or space missions from Florida? In addition to very favourable weather conditions, the American space agency can benefit from an extra boost, favoured by a higher rotation speed.

What would happen if the Earth stopped spinning?

Even though the Earth rotates very fast, its gravity is strong enough to keep us glued to the planet. The centripetal force perceived at the poles or the equator is only 0.3% different. You would not even notice it!

Many have enjoyed fantasizing about what would happen to the Earth if it stopped spinning, but there is virtually zero chance of that happening fast does the earth spin, at least in the next billions of years. At that point, the Sun will have already entered its final stage and destroyed the Earth.

How fast does the Earth orbit the Sun?

The Earth’s rotation is not the only movement of our planet. We also move around the Sun. The speed with which we rotate around our Sun is about 107,000 km / h.

How to calculate it?

If we consider the Earth’s orbit a circle and not an ellipse, then knowing that it rotates with a radius of about 150,000,000 km from the Sun fast does the earth spin, we know that the circumference will be equal to 2 x π XR, therefore about 940,000,000 of km.

The Sun also revolves around the Milky Way, so the Earth too

How fast is the Milky Way moving?

It is interesting to know that in 4 billion years or so, the Milky Way will “collide” with the ever-closer Andromeda Galaxy.

After all this movement, I hope it is more apparent that everything in the universe is moving. If it seems stationary, it is probably just a matter of perspective.

adminuserhttps://100celebrities.com
RELATED ARTICLES
How to

How to reduce pdf file size?

Newspaper is your news, entertainment, music fashion website. We provide you with the latest breaking news and videos straight from the entertainment industry.